There may be inputs by many that PTE is easier and fairer as compared to IELTS, it entirely depends from individual to individual to think so. However, experts say that results in PTE have minimal human intervention and are therefore unbiased.

Amidst all the controversy, PTE has clearly emerged as a winner and has taken a lead over IELTS, as a result number of best PTE coaching institutes have opened up across Australia. In fact, many IELTS coaching centres have switched to coaching PTE because of the increased number of takers. Well, we believe there has to be a strong reason that most of the English language proficiency test takers have switched to PTE, and this is the reason we bring to you some of the top tips to crack PTE exam with a great score. Make sure you stick to these tips in order to score good!

Do Not Skip Coaching

Therefore, it is highly suggested to take coaching at a dedicated PTE coaching institute, even if you have taken coaching for IELTS earlier.

Practicing mock tests is one of the best methods to score best in any test, for the mock tests are simulation of original tests and give the candidate maximum possible exposure.

Make sure to follow the timeline and all the instructions while practicing mock tests. Follow the mock tests religiously and you’ll surely be able to score high in the original one.

Work on Your Strengths and Weaknesses Equally

We see that a number of candidates make a huge mistake on ignoring their strengths in such tests, and generally end up scoring less than the expected.

It is highly suggested to work on both the strengths and weaknesses equally so that no part of the test gets ignored at any point in time. Be prepared completely!

Do Not Get Overstressed

Excess of stress may ruin your test completely. Take things on a lighter note on the D-day and just go for it.

Candidates’ preparation and temperament matter the most at the end when it comes to scoring high in any test; so, if you keep your head cool and stick to the basics, you’ll surely be able to score good in your PTE. Stick to the above tips and you’ll be on your way to crack PTE exam with top score! 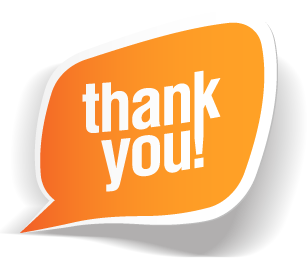 We Will Get in Touch With You Soon